It’s 2:30 in the morning and the snuffling starts. Eyes half closed, I throw on a bathrobe, and grab the baby. Unzip, wipe, toss the old diaper. I glimpse his tiny penis before I cover it with a cloth. (I’ve learned his tricks.) My three month old baby is miniature version of Dad, down to the smallest detail. That’s a problem, I now know. Not with him: With me. 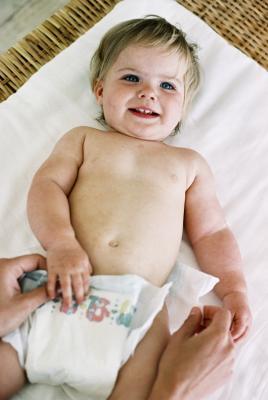 Already, my baby is starting to explore the world with his hands. He likes to grab the rings on his play mat, my wife’s hair, whatever is in reach. When he’s finally free from diapers, he will explore his body. Someday, by the time he reaches his teenage years, he’ll be under his covers while the rest of us are asleep. Like 99% of intact boys, he will have the strange experience of pulling his foreskin down for the first time. 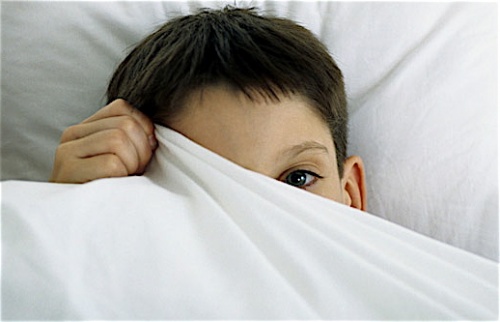 For me, that never happened. It just never occurred to me to do that, just as I would never turn my eyelids inside out or try to stick a crayon up my nose to try to touch my brain.

Well, auntie, something stuck. Now that I’m 35, I have a tight foreskin, just like 1% of adult men. Many of them don’t realize it.  I’m lucky: with the extra covering, sex is painless but anticlimactic. In others it can cause great physical and emotional pain.

The moment of realization

I was never taught about the foreskin in school. Left on our own, men can take a long time to figure it out.

I’m 33, and found out I had phimosis and frenulum breve only a few months ago as a result of a partner that told me that she’d never been with a guy that had a foreskin that didn’t retract. I’d always known that the foreskin didn’t retract fully and that it caused me pain, but I’d never really thought about how normal that was or whether it was something I’d like to change.

The human brain is a great reasoning machine, and it hates the idea that something is wrong. Despite seeing other penises throughout my life, I just assumed that mine, although different, was in the range of normal. Men will invent all kinds of reasons to explain it.

Sometimes, it takes a sexual partner to help break the news.

Dated someone with this – he actually didn’t know that the foreskin should be able to be pulled back. (I ended up just saying something like “Oh I’m sure you’re right” because I wasn’t quite sure how you break it to someone that their penis isn’t “normal”)
I guess his case wasn’t as bad because he could still have sex – we just needed to use LOTS of lube. And… how do I say this… it couldn’t ever be too hard/fast or it would hurt him.

A tight foreskin affects both in a relationship, as this woman writes:

First of all, I constantly have to worry that I’m going to hurt him when we’re being intimate. His foreskin literally cannot retract at ALL while erect without causing pain. I’ve never seen even a little bit of the head of his penis. If it does get pulled back accidentally, it can’t go back over the head until it’s flaccid again (or so he tells me; I’ve never actually seen it happen). So whenever I’m giving him a hand job, instead of enjoying the experience, I have to feel like I’m defusing a goddamn bomb.

Phimosis, or tight foreskin, can simply be a case of never having stretched during the important formative years after puberty. To fix it, all you have to do is stretch it using foreskin stretching techniques, for 10 minutes at a time, as often as possible.
But when it suddenly occurs there can be a more nefarious cause. Any problems with the skin must be first solved before stretching will work.

A yeast infection (candida) can take many forms. Sufferers complain of skin irritation, redness, splitting skin, red lines of cuts, soreness, itchiness. Since the skin is irritated, it swells and tightens, and it becomes painful to retract.
You are more likely to get a yeast infection if you disturb the natural bacteria in your body. That can happen if:

An infection of Candida is unlikely to be passed to a sexual partner.
Luckily, the solution is simple. Buy an over-the-counter cream containing clotrimazole. You may also take a one-time pill containing fluconazole.
Of course, there are lots of other more serious infections that have similar symptoms. I’m deliberately not talking about them because they are very rare. Treat for yeast first, even if you don’t think you have it, because that’s probably what it is.

Lichen Sclerosus can occur on skin anywhere on the body of men or women. It is a chronic condition that may require lifelong treatment. It may disappear for years and return, or it may simply go away when treated. It used to be called “BXO” when it was on male genitals, but there is no reason to use a different term.
Lichen Sclerosus presents as ivory-white, inflexible raised patches on the skin. As they form, the patches will grow larger and fuse together. This thickened foreskin may be painful or impossible to retract. It may also appear to be a white band of tightness around the foreskin.
(Search for Pictures of Lichen Sclerosus on Google)
The treatment is a trip to a dermatologist, who will prescribe a super-potent corticosteroid, such as clobetasole. You will need to apply this daily in the beginning, and then as needed.
Once the white patches become manageable, you can start a stretching routine to get your foreskin to retract.

You can get help by reading through the Phimosis Discussion Board. The moderators will be happy to examine your photos and offer suggestions and reassurance.

How does phimosis affect you? I’d love to hear. Leave some comments below.

2 thoughts on “What causes phimosis?”