“What’s this?” My wife asked, on her way back from the mailbox. In her hand she clasped a brown envelope, torn open and leaking pink bubble wrap. Inside was something silver and glistening, like an alien embryo.
Discreet packaging does not work on my wife.
“Nothing!” I told her and snatched them away. The Japanese writing on the envelope confirmed my suspicions.
“Are they for your penis issues?” She asked.
“No. Yes!” I put them away so I could properly document my new tool.
Your fingers are the best method for conquering tight foreskin. You can pry your foreskin open with the exact amount of force to get a good stretch without hurting yourself. Make a habit of doing this for a few minutes, several times a day, and you should be able to retract within a few months. Read the Guide to Curing Phimosis. 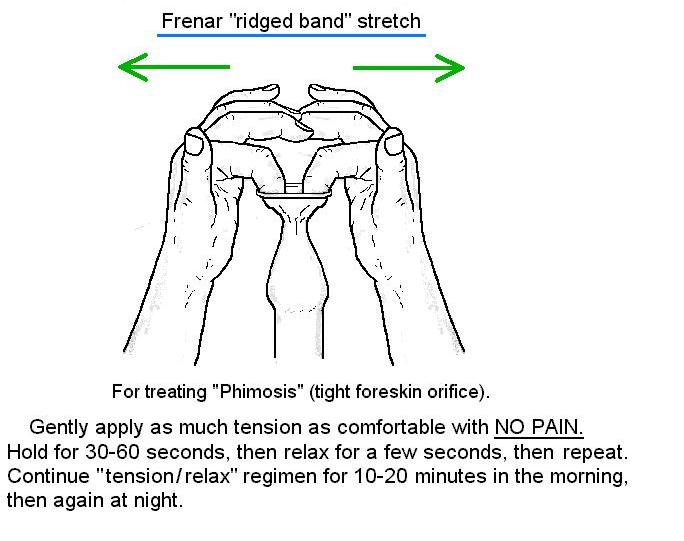 At the time, two fingers wouldn’t fit in. One? Sure. It was fun to pull the tight band up around my finger and wiggle it up like a sock. It felt just like an elastic band stretched to its limit.
Other than two Q-Tips (cotton swabs), the Phimocure rings were my only choice. Many men use them without problems, but I would often get small cuts if I left them in too long. Moreover, sometimes weeks would go by without any progress. I could have kept trying, but as a highly influential blogger with literally tens of readers, I knew that I had a duty to try as many tools as possible. So I resolved to try this new gift.
The Glansie is well made, and feels satisfyingly heavy. The tip of the tool is a little smaller than my pinky finger. It comes in the SX version for $100 and the DX version for $120. At rest, a set of springs pull them closed. As you squeeze the handles the clamp opens. 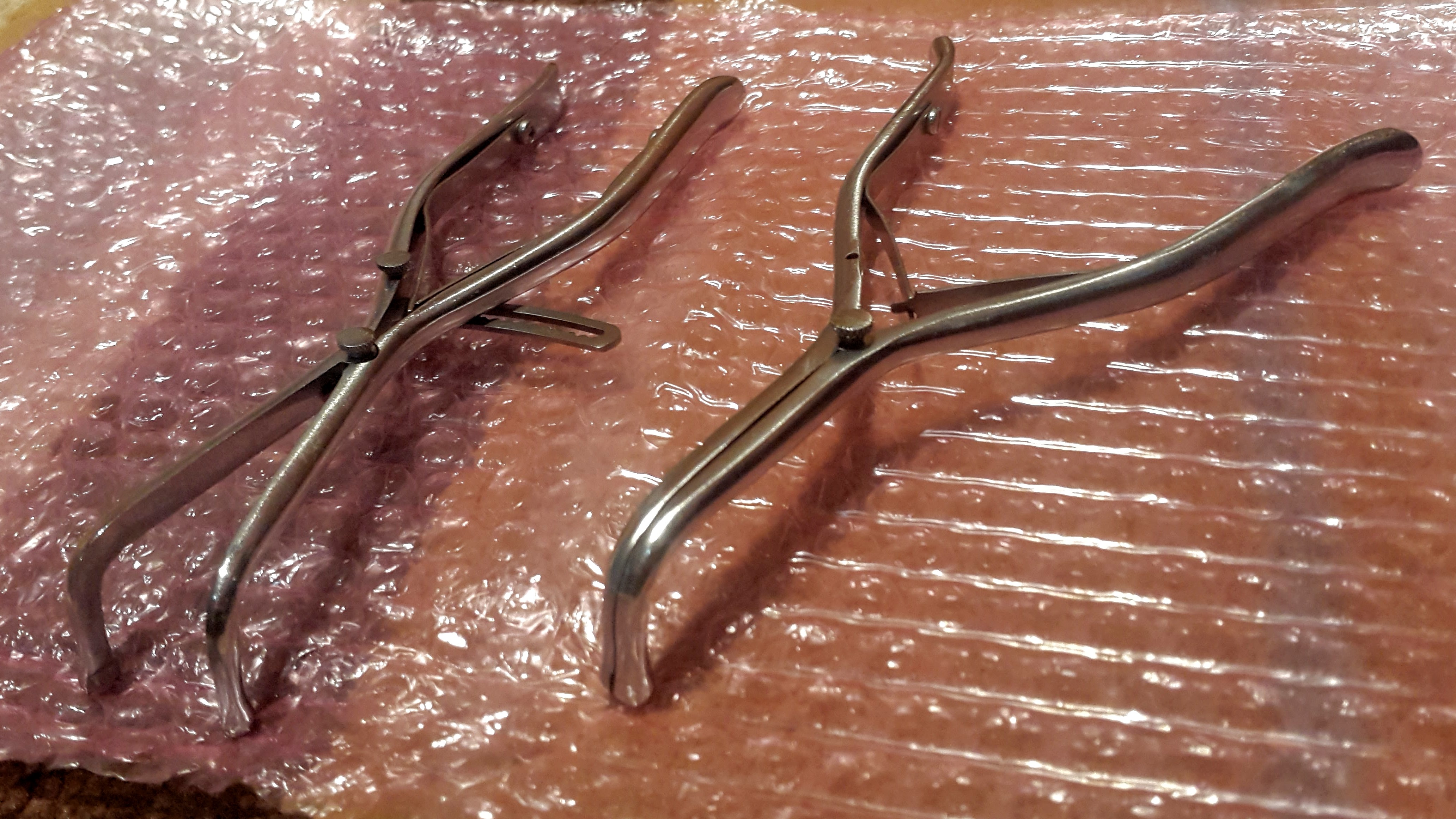 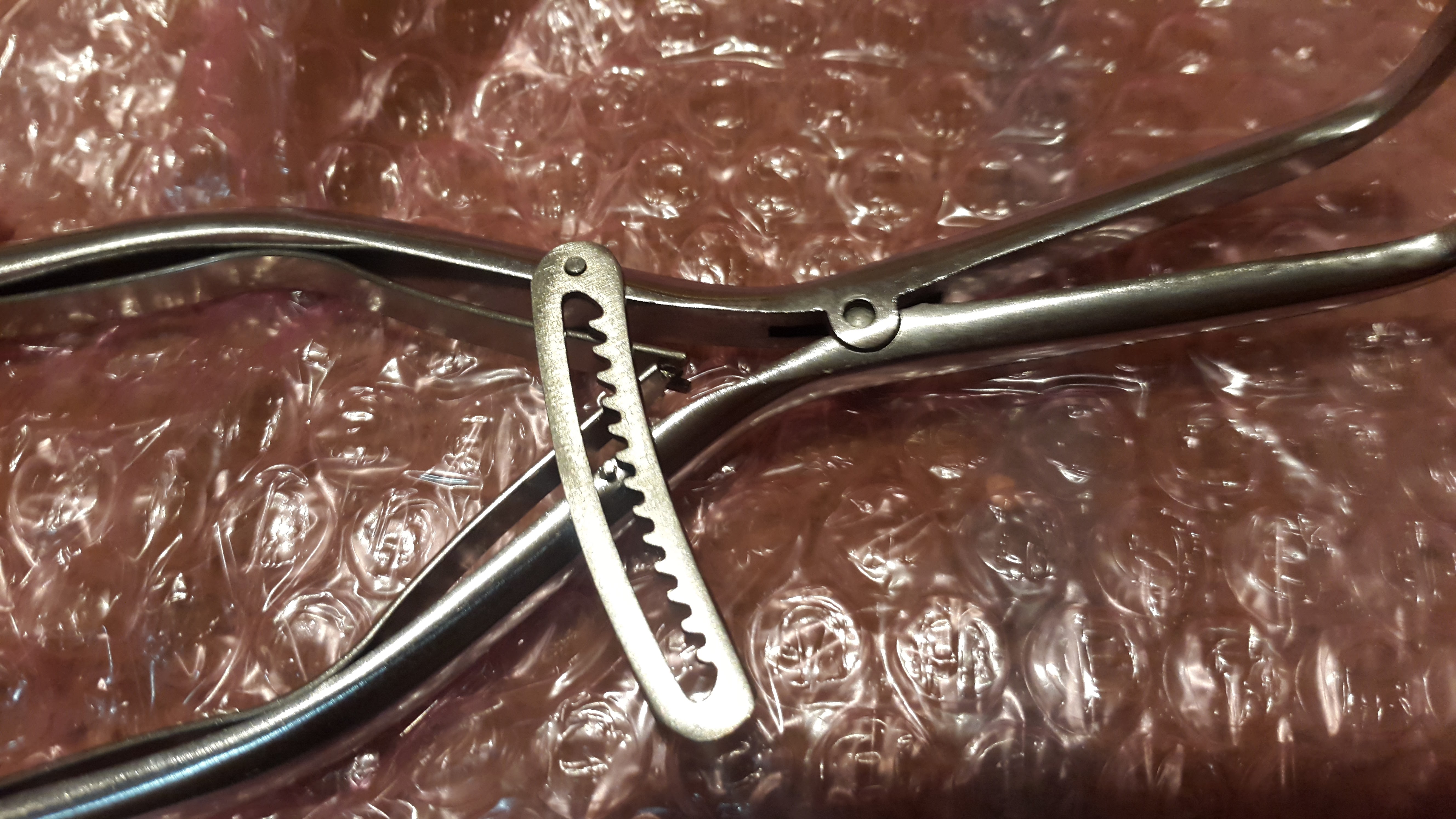 For the extra $20, the DX includes a ratchet that holds it open for you. I never used it because  I wanted to use the exact amount of force to keep it stretching the whole time. This required a steady hand. The problem is, as a commenter puts it:

…the grooves are fixed at specific increases. This means that the stretch might be too tight or not tight enough. Also, the shape of the grooves means you have to expand it more than you may be comfortable with so it exceeds the peak of the groove, so it can rest in the dip and you have to do that again when releasing it. You can manually hold it like you did, but it isn’t practical for people who want to use it longer than five minutes, and defeats the point of the ratchet system.
A better mechanism would be the dial method, like on a spanner, allowing adjustable minute incremental changes. — John

Since I did not use it, the ratchet mechanism eventually fell off, but only because it had spun around too many times in my backpack. It screws back on easily enough.
In the samples I received, the pricier DX version also had a finer tip than the SX. This can make a difference if you are starting from a very small opening.

I switched from using Q-Tips to the Glansie for several weeks. I would take five minute breaks, excuse myself to the bathroom, and get to work. Unlike the Q-Tips, which bend easily, the heavy metal was an unstoppable force. I quickly found that it only required one hand to hold, so I could still operate my phone. Over the course of the five minutes, my foreskin would gradually stretch as I pressed the handle with infinitesimally more force. After I removed the tool, the skin would remain loose for several hours.
One issue is that the Glansie is spring loaded. If you let go, the pincers snap closed. On my finger it doesn’t hurt at all. But you can only imagine what would happen if they got your ulta sensitive glans, that has never before been touched by anything, trapped in their metallic claws.
It certainly wouldn’t break the skin, but it might hurt. Luckily, this was never an issue. I was careful.

The tool worked surprisingly quickly. In a few weeks I reached the limits of the device. Perhaps if I were a man of less breadth in my bratwurst, I would have been done. However, it became clear that I would need to continue my efforts using fingers or the larger Phimocure rings.
The Glansie is a good investment if you can afford it, and you can’t or don’t want to use your fingers, and if your case is relatively severe. Use them often enough, and they can get you well on your way to curing your phimosis.

4 thoughts on “A look at the Glansie”